THE RICH HISTORY OF

THE HISTORY OF THE WHITE HOUSE

In 1912 Frederich Haschke bought the farm Mickberg (15 000 hectares) for £2 500. It was then known as the waterless farm. He immediately started building a house for Martha Feiber, his wife to be. Building material for the house was imported from Germany to Lüderitz Bay, from where it was railed to Klein-Karas station. A steel tyred wagon was used to transport the material from Klein-Karas station to the farm. Water needed for building the house was transported from the neighbouring farm, Grabwasser. There is no information on how long it took to complete the house, but after all the trouble of building the house for his bride, to his greatest disappointment, he still could not find any water on the farm. When the First World War broke out, troops from the Union of South Africa invaded this German colony. In April 1915 the young couple, who were persued by troops, fled to the north of the colony with some of their possessions and live stock. The White House was left behind, furniture and all. Their flight was cut short when they were arrested on the 17th of April and all their possessions were confiscated. Frederich was sent to a prisoners-of-war camp at Kimberley and Martha was kept prisoner at Gibeon. All the adversity was too much for Frederich. He was declared temporarily insane and sent to Falkenburg, a mental hospital in Cape Town. In 1918 he was sent back to Germany, where he was re-united with his wife.

Jan and Piet from Colesberg were looking for farmland in the southern South West of Africa. They stayed over in the Kalkfontein Hotel in Karasburg. There they learned that the farm Mickberg was for sale. Through attornies in Keetmanshoop they negotiated with Frederich in Germany and eventually bought the farm for £3 500. They were fortunate in finding sufficient water in due course. This is the farm where the young miss Febe Swanevelder then grew up. Quite soon Dantie de Wet, foreman on the neighbouring farm Signalberg, started to court the lovely young lady Febe.

The great drought in 1933 forced Piet and Jan Swanevelder to move their merino flock to Namaqualand, while Dantie had to trek to the vicinity of Kalkrand to find grazing for the karakul flock of Signalberg. The womenfolk had to stay behind and look after the farm. Febe had to walk to Signalberg (about 7 km) every second day, to look after the windmill and water the vegetable garden. Should they run out of groceries, she had to walk 14km to Grünau, (about 14 km) to exchange eggs for their necessities. Febe also had to swop eggs for a postage stamp to be able to send a letter to her sweetheart.

In 1934 Dantie and Febe were married in the White House.

Some time later, Dantie bought one half of the farm Mickberg.

Dantie and Febe had four sons: Gideon, Pieter, Francois and Rudolf. After they retired, Rudolf continued farming – he is now the third generation on Mickberg.

Once again the White House was the honeymoon-house when he married Kinna (Smit) in 1978. They have been blessed with 3 children: Dolf (jnr) is married to Nita (Vosloo); Niekie is married to Albert van der Merwe of Noordoewer; and last but not least Febe, who is currently working in Cape Town. Dolf (jnr) and Nita joined their parents in November 2015 on the farm and is now the forth generation on Mickberg.

The White House formally opened it’s doors as a guest house in 1998, and in 2012, celebrated it’s centenary. So the original vision of Frederich Haschke for a new life, happiness, love and other festivities lives on! 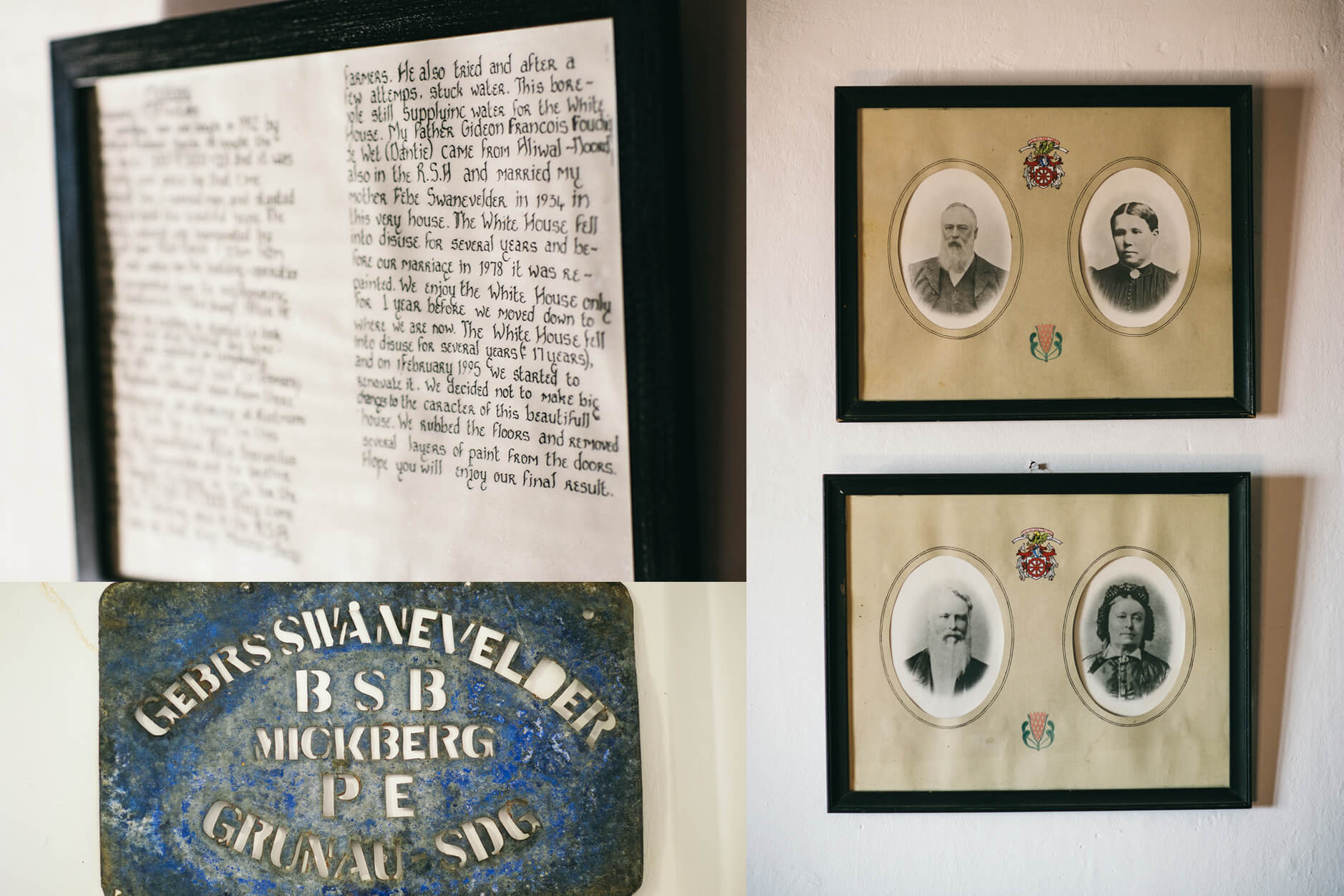 In loving memmory of Christiaan Rudolf de Wet who passed away in 2021.

His wife Kinna, son Dolf and daughter in-law Nita will continue working together building a future for future generations based on trust, faith, love and happiness. 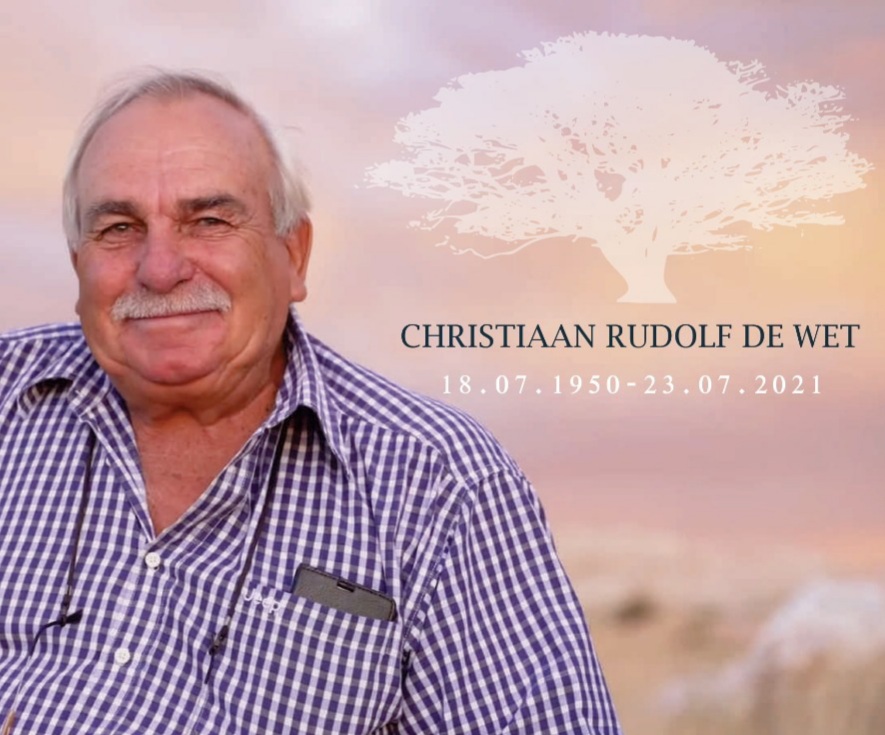